The NC Lien Manual is now on the shelves, the one I edited and wrote chapters for and that was published by the North Carolina Academy of Trial Lawyers and Lexis.  Before you think that I'm pitching my own product, you should know that 100% of proceeds go to NCATL to further the fight for people's rights, not to me!

Here is the link 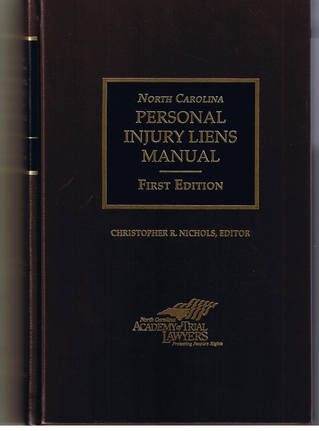 to check it out: NC LIEN MANUAL

Here is what Lexis says:

Is the SEHP entitled to payment from Medical Payments Coverage?