Home Archives Profile Subscribe
Will NC be the worst state for manufacturers? The unintended consequence of HB 542: Destroys insurance and business subrogation for losses from product fauilure
Live blogging from Tory reform Committee

The North Carolina Legislature is considering passing a law which was written, largely, by multinational pharmaceutical corporations.  The Bill would make NC the worst state in the nation in terms of protecting its citizens from wrongdoers.

The legislators who have bought into the corporate lobbyist's money agenda in Senate Bill 33 would gladly sacrifice the liberty of the citizens at the throne of the new "King": international pharmaceutical corporations and insurance companies. 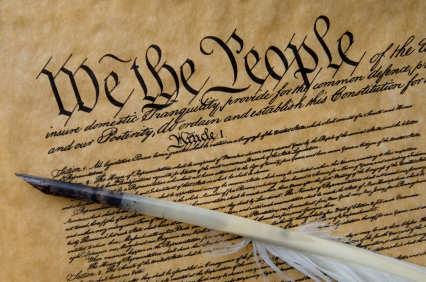 This BOLD parts are from the "core values"  listed for the "Tea Party Patriots" and serve as an example of Tea Party values.  http://www.teapartypatriots.org/mission.aspx

Core Values of the Tea Party

Fiscal Responsibility: Fiscal Responsibility by government honors and respects the freedom of the individual to spend the money that is the fruit of their own labor. A constitutionally limited government, designed to protect the blessings of liberty, must be fiscally responsible or it must subject its citizenry to high levels of taxation that unjustly restrict the liberty our Constitution was designed to protect. Such runaway deficit spending as we now see in Washington D.C. compels us to take action as the increasing national debt is a grave threat to our national sovereignty and the personal and economic liberty of future generations.

Why "tort reform" proposed by the NC legislature is contrary to these values:

Fiscal responsibility emanates from the individual and is embodied by the government which derives its existence from the will of the people.  "Tort reform" in the form of arbitrary caps on damages and immunity from certain forms of negligence by certain "classes" of individual (for example, immunity for negligent emergency room doctors) shifts the natural consequences of actions from the wrong doer to the government.  Individuals who do harm should be held personally responsible for the full extent of their harm and not shift financial responsibility to government entitlement programs.

"Tort reform" in the form of NC Senate Bill 33, simply redistributes the cost of individual harm from the wrong doer to the tax payer.  More specifically, by providing immunity to certain types of negligent physicians, when those physicians cause great harm to individuals, the harmed individual will eventually take tax dollars in the form of entitlement programs such as medicare, social security disability, and medicaid.  The harmed citizen will be a drain on our government and our taxes.

Fiscal responsibility demands that the individual causing harm rely on their own resources and insurance converge in a robust free market- not the government to use tax dollars to bail out the negligent.

"Tort reform" is not fiscally responsible.

Constitutionally Limited Government: We, the members of The Tea Party Patriots, are inspired by our founding documents and regard the Constitution of the United States to be the supreme law of the land. We believe that it is possible to know the original intent of the government our founders set forth, and stand in support of that intent. Like the founders, we support states' rights for those powers not expressly stated in the Constitution. As the government is of the people, by the people and for the people, in all other matters we support the personal liberty of the individual, within the rule of law.


Why "tort reform" proposed by the NC legislature is contrary to these values:

There is no question that our founders believed in, and enshrined with the Constitution, the unalienable right to a jury trial for civil suits, which our Founding Fathers protected through the 7th Amendment to the Constitution after centuries of recognition in British law and Judeo-Christian writings.

Historically, the right to a trial by jury was the basis for "The Declaration of the Causes and Necessity of Taking Up Arms," which was a document issued to explain why the colonists had initiated armed conflict against Great Britain, and was written by John Dickinson of Virginia based on a draft by Thomas Jefferson.

Dickinson wrote in the Declaration, "Parliament was influenced to adopt the pernicious project, and assuming a new power over them, have in the course of eleven years, given such decisive specimens of the spirit and consequences attending this power, as to leave no doubt concerning the effects of acquiescence under it. They have undertaken to give and grant our money without our consent, though we have ever exercised an exclusive right to dispose of our own property; statutes have been passed for extending the jurisdiction of courts of admiralty and vice-admiralty beyond their ancient limits; for depriving us of the accustomed and inestimable privilege of trial by jury, in cases affecting both life and property..." -- Declaration of the Causes and Necessity of Taking Up Arms, enacted July 6, 1775 by the Second Continental Congress

The "tort reform" proposed by the North Carolina legislature fundamentally deprives citizens of the right to a trial by jury in several ways.  First, it grants blanket immunity from suit to certain classes of citizens, namely, emergency physicians and emergency room personnel, and corporate producers of pharmaceuticals (drugs).  The proposals say, quite plainly, that a citizen injured or killed by any of these privileged groups can not sue and have a jury determine the fairness of their claim.

The Constitution clearly guarantees the right to a trial by jury to all citizens in the 7th Amendment.

In Suits at common law, where the value in controversy shall exceed twenty dollars, the right of trial by jury shall be preserved, and no fact tried by a jury, shall be otherwise re-examined in any Court of the United States, than according to the rules of the common law.

As the Constitution requires that the popular branch of the legislature should have an absolute check, so as to put a peremptory negative upon every act of the government, it requires that the common people, should have as complete a control, as decisive a negative, in every judgment of a court of judicature.

He also wrote, "Representative government and trial by jury are the heart and lungs of liberty.  Without them we have no other fortification against being ridden like horses, fleeced like sheep, worked like cattle and fed and clothed like swine and hounds."

Thomas Jefferson, the author of the Declaration of Independence and the third President of the United States, said, "I consider trial by jury as the only anchor ever yet imagined by man, by which a government can be held to the principles of its constitution."

James Madison, the author of the Constitution and the fourth President of the United States, said, "Trial by jury in civil cases is as essential to secure the liberty of the people as any one of the pre-existent rights of nature."

"Tort reform" as proposed in SB33 and other bills curtails the natural right to trial by jury and should be opposed.

Why "tort reform" proposed by the NC legislature is contrary to these values:

If the efficient production of material wealth is all that concerns us, then the marketplace needs no other rewards or penalties.  Most will agree, however, that manufacturers should be encouraged to create safe as well as efficient products, for the number of deaths and injuries annually caused by defective products is astronomical.  According to the 2003 Annual Report of the U.S. Consumer Product Safety Commission, there were 4,509 deaths and 13,690,526 injuries associated with just 15 categories of consumer products during that one-year reporting period.  Deaths and injuries caused annually by toxic pharmaceutical products also rival these numbers.

By making manufacturers liable to the people they have injured, the once-revered common law tort system creates an incentive for the manufacturer to build a safer product.  Those who advocate more government might suggest that safety can best be engineered from above, by governmental regulation, but true advocates of a free market will agree that it is better to permit the manufacturer to determine how to make its own product safe for consumer use, rather than some government bureaucrat.  In exchange for the right to determine the most efficient way to make its products safe, however, a manufacturer must be subject to suit for failure to perform this undertaking.

"Tort reform" as proposed by the NC legislature in SB33 relieves manufacturers of defective products and providers of negligent services from the natural free market consequences of their actions.  This creates imbalance in the market and also encourages an increase in governmental regulations.

The free market demands that consumers have a right to recoup their losses through the fundamental right of trial by jury.  This provides natural incentives for "good behavior" in the marketplace.

You hit the nail on the head, brah.

Nice work. And it NEVER hurts to quote Thomas Jefferson.