Home Archives Profile Subscribe
Medicaid: "Ahlborn hearings" are back thanks to the 2018 federal budget which makes Medicaid provide lien reduction hearings again. But watch the deadlines!
NCGS 108A-57 Medicaid Lien in NC- Answers to questions on what law applies in 2018

People!  Do not let the statute of limitations slip past on your personal injury cases in North Carolina.  I've had three calls this week from people who did not have lawyers and who waited until the last second, or past the last second, to call for advice. None of these calls ended on a happy note.

In NC you have three years to settle or file a lawsuit for personal injury (but not death, that's two years)

On the third anniversary of your car wreck, you either need to have a settlement worked out, in writing and agree upon by the insurance adjuster and you, or you need to file an actual lawsuit in a court of law in NC. 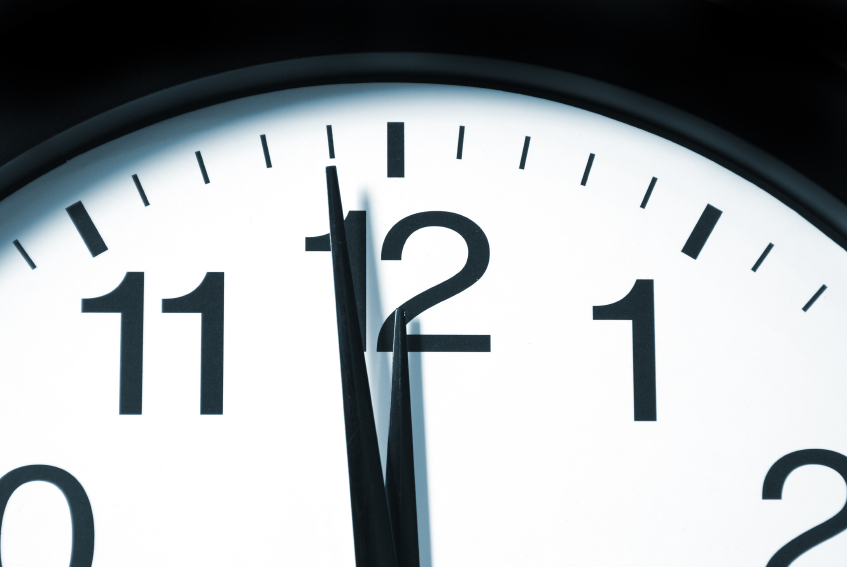 If you are still negotiating with that adjuster at midnight on the third anniversary of your car wreck, you can never get anything for your claim.  The next minutes that adjuster will say "Sorry, your statute of limitations ran, you have no claim."  And so you ask, "Wouldn't the insurance company tell me that my time is running out?"  The answer is NO.  In fact, I've seen situations where the insurance adjusters actively seek to delay the settlement.

If the car wreck resulted in a death, or wrongful death in North Carolina, the time limit is TWO YEARS. Also, to sue for the wrongful death of a loved one, there must be an Estate set up in the name of the deceased and an Administrator or Executor must actually be the party that sues.  Cases like that look like this:

Setting up an Estate takes time. And even though there may be one type of Estate set up, it might not be the right type to bring a wrongful death claim.

I think I get this statute stuff, do I have to have a lawyer?

Not every case needs a lawyer.  Really, a lawyer just told you that.  I talk to a lot of people on the phone, give them a few pointers and send them on their way.  It's sometimes a good idea to settle your own case when it is simple and small.  But complicated cases probably need lawyers. So it's always a good idea to call a lawyer like me, and ask.

But really, if you call me on the day that your statute of limitations is about to run out, there is a 95% chance that I will not be able to save you and your case.  Lawyers can not send an email to the court to file a lawsuit.  It sometimes takes days to draft the paperwork.  We have to find the Defendant and make sure we can serve them with papers. We need to see police reports.  This takes time.

In law we frequently abbreviate Statute of Limitation as SOL. And if you miss one, you are SOL on your SOL.

When is the latest you should call a lawyer for a personal injury case?

I would say that the latest that I would get in touch would be six months before the statute runs out.  Put another way, two and half years after the accident for personal injury and one and a half years for wrongful death.  That gives the lawyer time to gather your medical records, talk to experts, file the lawsuit, and get it served on the defendant.  You see, even though the insurance company pays the claim, the other driver is the one who gets named in the lawsuit. So it's not as easy as my office sending a letter to State Farm. We actually have to send the Sheriff or a certified letter to someone so they can be "served."

If you waited past two and half years, you should still call for advice.  Just know that a lot of lawyers don't like taking cases that close to the statute of limitations.

What about children or kids?  How long do minors have to settle their personal injury claims or file a lawsuit?

In NC, a minor is anyone under age 18.  Minor's statute of limitations work differently than adults. A  minor's statute does not BEGIN to run until they are age 18.  Then it runs the normal 3 years for personal injury.  Crazy, right?  So if you are in a car accident at age 2, you will have until your 21st birthday to settle the claim or file a lawsuit!  This is also true for other injury claims, like sexual abuse.

But there is a catch....  (there is always a catch, right?).  The catch is this:  In North Carolina, the medical bills for an injured minor (anyone under age 18) "belong" to the mom, dad, or legal guardian of the minor.  What does that mean?  It means that because a minor can't sign a contract, when a minor goes to the hospital or doctor and has a bill for services, that bill is actually the parent or guardian's bill.  Don't pay it?  The parent or guardian gets sued by the hospital, not the minor.

So what's the catch?  Well, the catch is this- in the example above where the two year old gets hurt in a car wreck, let's assume the medical bills are $50,000.  Three years from the date of the wreck, the parent/guardian's statute of limitations to sue for those medical bills expires. So on 3 years +1 day, the minor can still sue for pain and suffering and other economic wages, but NOT for past medical expenses.

But, there is a catch to the catch!  There is a way for the parents to assign the claim for medical bills to the minor child so that those medical bills become part of the claim for the minor that does not run out until age 21.  This can be tricky and I recommend lawyer supervision to deal with this.  The good news is that it can be done quickly, so if you are reading this on the 2 year 364th day of the anniversary of an injury to a minor, it might not be too late to fix that problem.  Call me!

I spoke to someone today who told me that the adjuster was discussing her case with her one day before her three year statute of limitations. She even asked if that was going to be a problem and the adjuster said "you have an open file claim." That made the person feel good, even though it was a meaningless phrase.

When she called the day after the 3 year anniversary of her accident, the adjuster said "sorry, you didn't file a lawsuit in time, you have no claim."

No, she can't sue him for that.  Adjusters work for the driver that hit you!  Their job is to pay you the least amount of money possible. That's what they get paid to do. Not all of them are this heartless, some would warn you to get a lawyer or file a law suit. A lot of them are very good people. But consumers don't really have the information or ability to decide who is who.

I had to tell this fine person that she no longer had a claim.  It was a heartbreaker.

So if you've been waiting, even if you are still being treated for injuries, please call me or another lawyer and just get some advice (free and over the phone) on your time limits and whether you even need a lawyer.  I've been doing this (looks at watch) for 23 years now, so I've probably handled a case like yours before.  Let's talk.

Terrific post in addition to great assistance! This write-up is very very helpful and ideal for us. Thanks for expressing valuable facts.